The path/track along the bottom of the park (through an almost-pond at the moment) now looks like this: 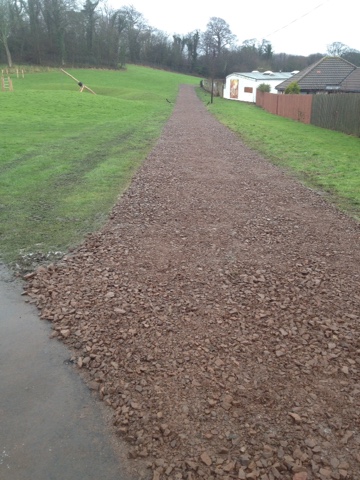 And around the corner to the community garden: 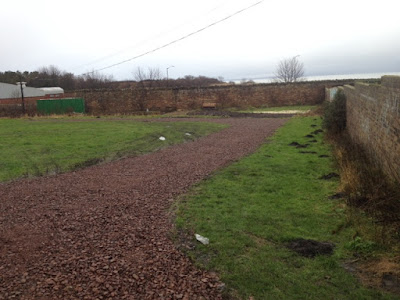 This will allow the heavy machinery into the garden to do the scheduled work.
The pile of topsoil has been spread over the garden, making it look rather wet, muddy & uninviting. Things will improve, we promise! 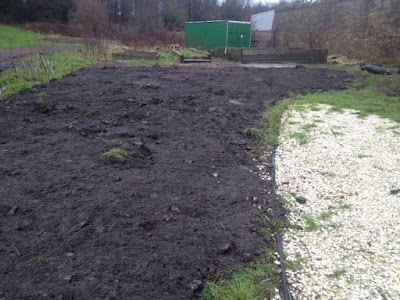 And other (less earth-moving) changes: the fennel has been transplanted (in a hurry - feel free to adjust it if you're down there!) to get it out of the way of the planned pathway in the corner of the garden, which will lead out to the car park by the bowling club. There are a couple of rescued gooseberry bushes in there too, so we'll see how they settle in. 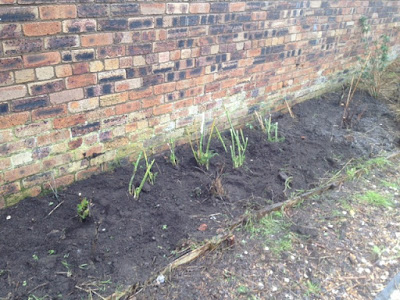 And all the raised beds have been claimed for the year, now. You can be put on a waiting list if you're interested in taking one on though :)

Machines moved on site today to dig out the park & lay hardcore for the path foundation. 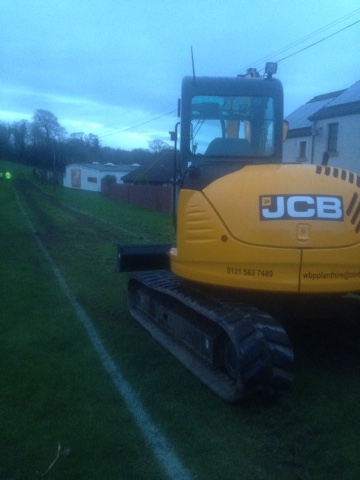 (Early morning photo, taken whilst walking my son's newspaper delivery route with him - it's not normally this gloomy-looking in the park!)
Posted by Carole at 13:59 No comments: