This blog serves as a record of progress in Cuthill Park over the years.

Posted by Ethical shopping at its very finest at 04:17 No comments: 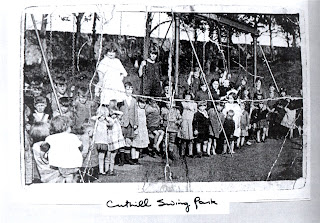 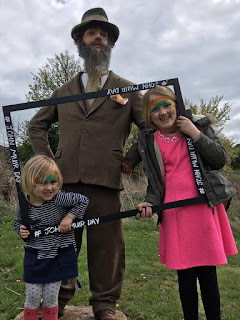 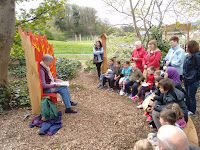 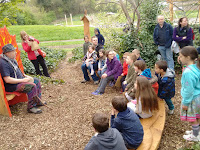 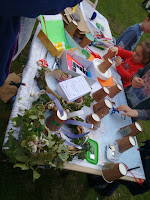 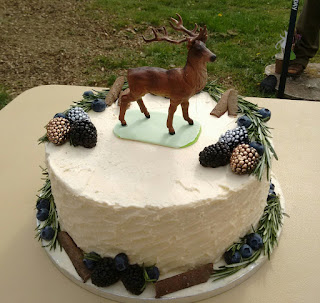 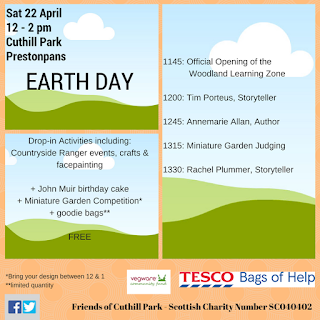 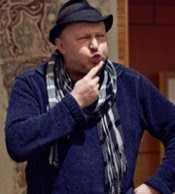 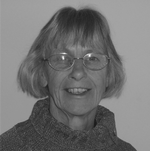 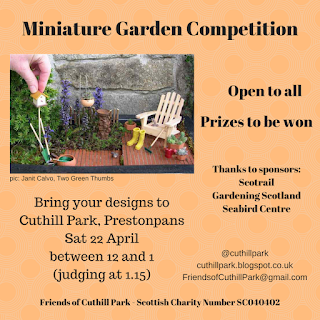 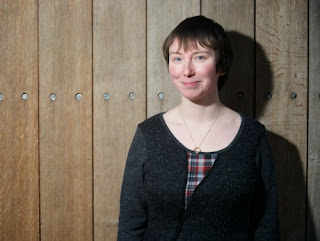 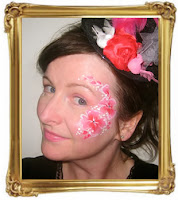 If You Go Down to the Woods Today ... 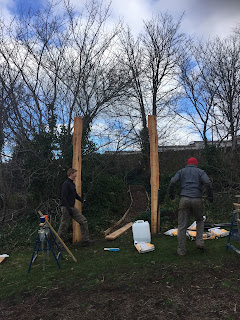 As we reported back in December, we have been awarded £12,000 through Tesco/Groundwork's Bags of Help scheme.

Robin Wood of Wildchild Designs has been commissioned to carve a storytelling bench, seat and an entrance way.

Today, was a pretty exciting milestone for the Woodland Learning Zone as installation began on the entrance way! 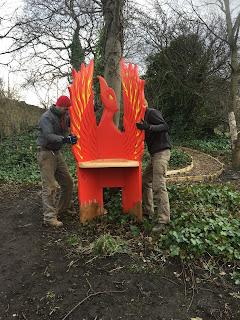 It's going to look spectactular!

Also being installed today was the Phoenix Storytelling throne.

The storytelling bench and one extra artwork is being installed tomorrow.   Robin has been very mysterious about the fourth piece but we think fairies are involved...

There will be an official 'Earth Day' opening on Saturday 22nd April on the  themes of adventure, learning and John Muir. We really hope you can join us between 12 and 2!

Back in September 2010, the Friends of Cuthill Park began the arduous task of clearing the overgrown area where the Garden was to be sited. 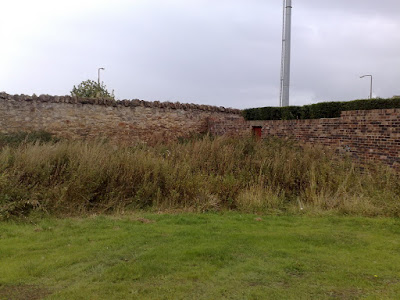 It became clear quite quickly that this was a bigger job than any of us envisaged.  Fortunately over a dozen families came along to muck in.

After hacking down the shoulder-height nettles, we discovered a horrendous collection of masonry, metal and various material fused together following decades of fireraising in the park.

We didn't realise then that we were about to embark on a seemingly never-ending treadmill of weeding, planting and weeding.  However, we persevered and today have a real garden (alas, the weeding will never be completely finished, it is a garden after all!).

The vision is for three distinct areas: An 'outdoor room', in front of the shipping container; a 'growing area' with an assortment of raised beds; and a 'social space' with ornamental flower beds.

Posted by Ethical shopping at its very finest at 15:09 No comments:

Robin Wood, of Wildchild Designs, talked us through the process of making the storytelling bench for our Woodland Learning Zone at his workshop near Stenton in East Lothian. 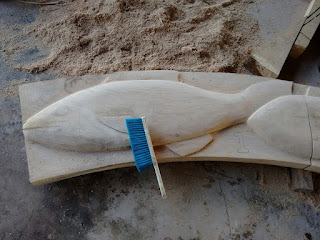 The greatly simplified version: A 20 foot oak log was split with a chainsaw and the sapwood removed.

The remaining timber was cut into four sections to form a long, curving bench.

An interlapping fish design was drawn in pencil and then a relief carving was made using a router.

It is important that no water is allowed to pool on the bench so the edges need to slope away.

The huge bench is going to look amazing!!!! 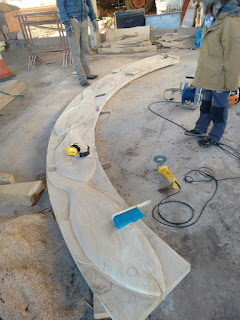 Robin has also started work on the entrance feature that will mark the start of the woodland trail. 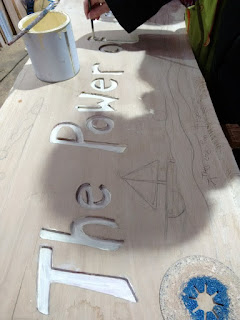 The sign bears the famous John Muir quotation "The Power of Imagination Makes us Infinite".  Below the writing is a seascape with boats and sea creatures (monsters?).  Above the text are planets and spaceships - plenty to spark the imagination for any storytellers!

We also got to paint the lettering on the entrance sign which will probably be one of the first pieces to be installed in the Woodland Learning Zone.

Thank you Robin for a fascinating insight to your work. We can't wait to see the finished items!
Posted by Ethical shopping at its very finest at 05:18 No comments: